for bass clarinet, marimba and antique telephone bells
The title Lo(w) BELLow has no deeper meaning that the words of which it is composed. “Low” depicts the low range of both the bass clarinet and the marimba. “Lo” is a word used to draw attention to an event (this piece of music). “Bellow” is representative of the deep roar that is heard at the opening of the piece and a number of times throughout. And “bell” points the listener towards both the antique telephone bells and the bell of the bass clarinet.

The primary theme of the work is presented in the telephone bells in measures 13 through 18. The theme is then elongated and used as structure for a 35-measure section of the work, finally being interrupted by a triplet rhythm in measure 62. That long section is then shortened successively through a number of repetitions, continually being interrupted more and more quickly, eventually being overtaken by the interruption.

The second half of the work is a second attempt for the elongated theme to build itself back up to its original form. This time the theme successfully speeds itself back up, but quickly spirals out of control into chaos. After this second failed attempt and reconstruction, the theme is harmonized with a chorale to end the work.

Lo(w) BELLow was written to feature a set of five antique telephone bells that I found at an antique mall. Any resonant objects could be used instead of telephone bells. The pitches required are (from low to high) C, D-flat, F-sharp, G and B. Any octave is acceptable.

This work was premiered by William Hayter and Corey Robinson for the International Clarinet Association Clarinetfest Conference on July 16, 2021. 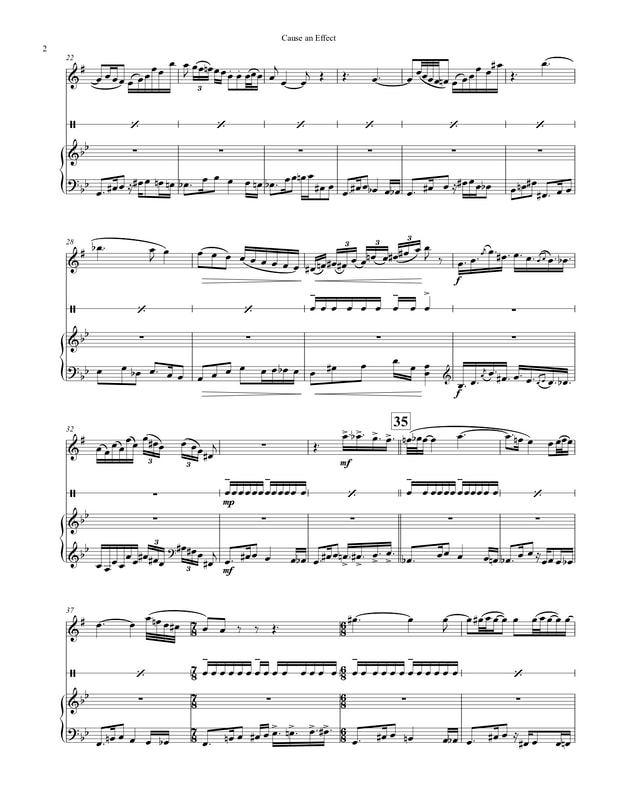 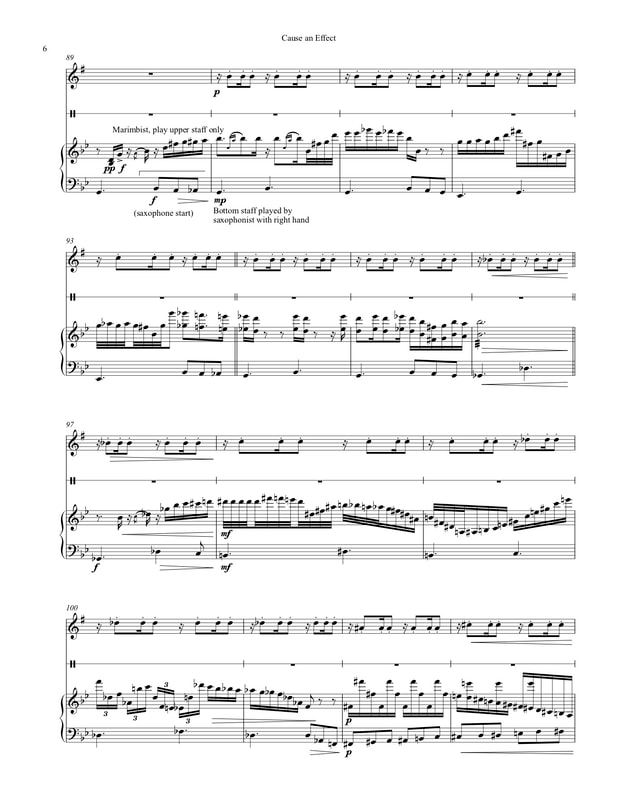