for marimba quartet
As I began writing Out of Dust, there were no overarching themes to be conveyed or preconceived forms to be followed or even a tonality to begin and end with. You could say that the inspiration came "out of dust" and slowly formed into a fully fledged marimba quartet. For the first time in my compositional life I found myself writing note to note and chord to chord instead of bridging the gap from here to there. There was no "there" to be had. Eventually the piece formed into something more structured, but I didn't figure that out until the end. For some reason, during this process I had no trouble coming up with the next note or the next chord, but eventually found my struggle in coming  up with a name. The first time the piece was played, the title was Quartet as I could not find the right words to capture the piece. Eventually I realized that the intrigue for me came from the process and not the result, hence the title, Out of Dust.

This piece was premiered at the University of North Texas in January of 2016 and is published by Innovative Percussion Publications, Inc. 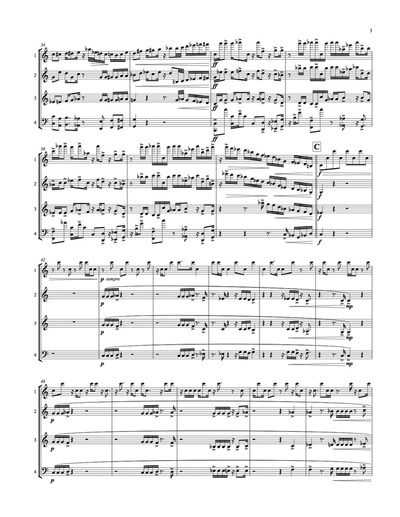 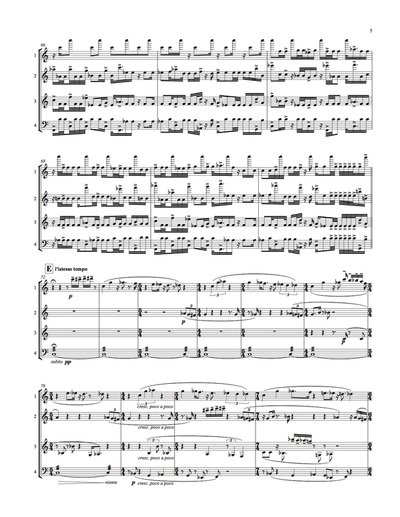 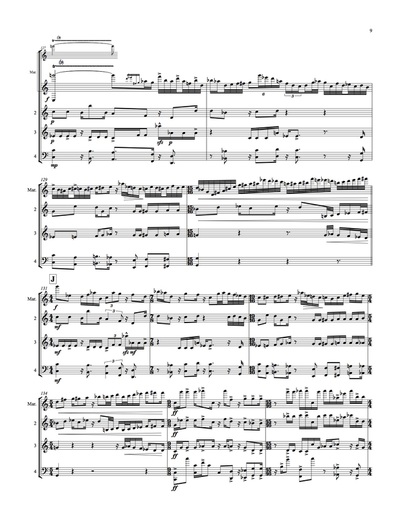